Step-by-Step Walk Through the Mass

Do This in Remembrance of Me, Part 2: Genuflection 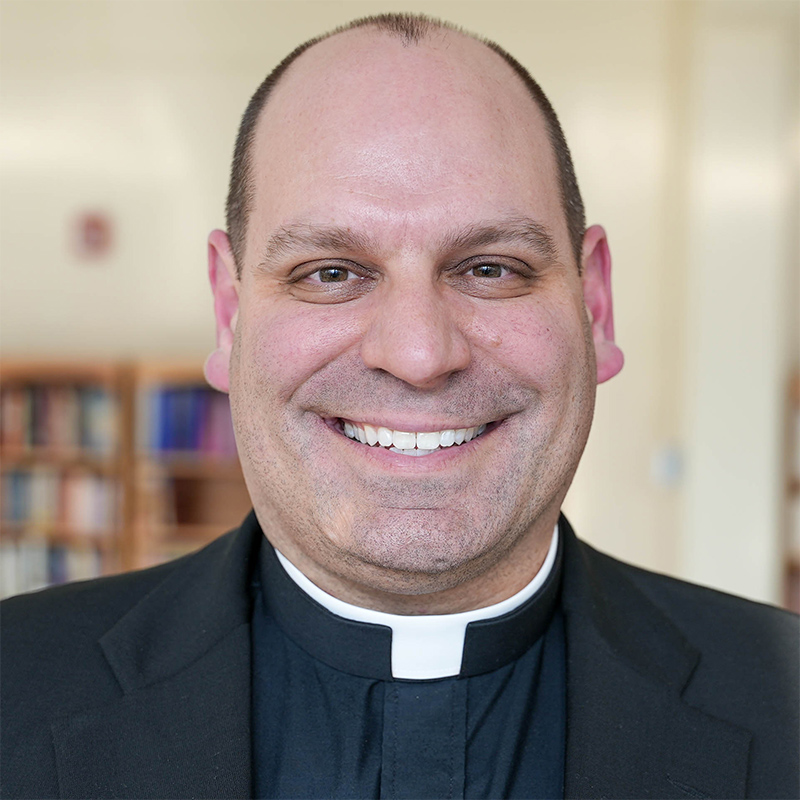 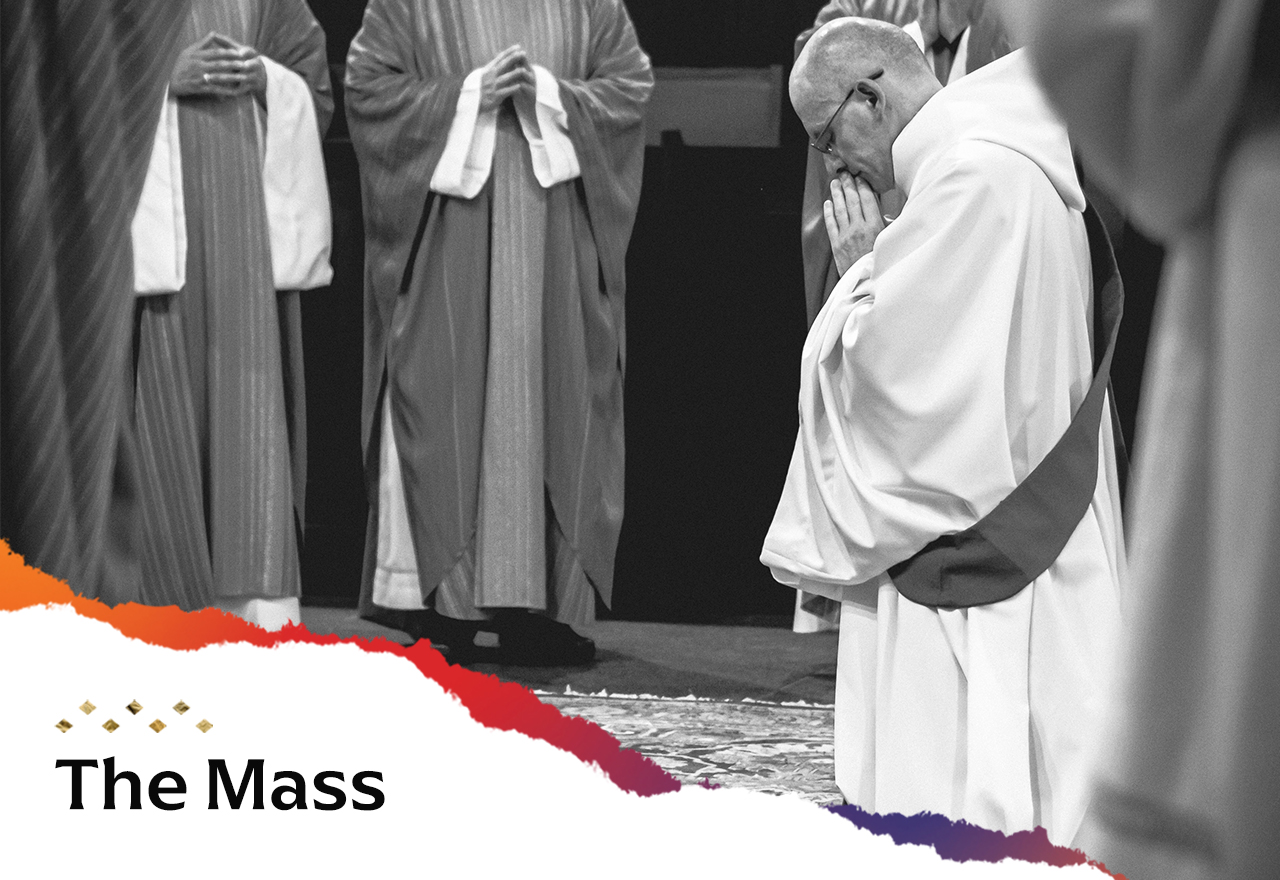 As we arrive at the church to join together with Christ in his perfect offering to the Father, our first gesture at the church door is to bless ourselves with holy water. After we have recalled our Baptism by making the Sign of the Cross with water from the font, the next thing we do is look for a place to sit. Before we slide into the pew, however, if the Blessed Sacrament is present in the sanctuary of the church, we genuflect.

You will see the priest and servers genuflect at times during the Mass. When the tabernacle with the Most Blessed Sacrament is present in the sanctuary of the church, the priest and servers genuflect when they approach the altar at the beginning of Mass and when they depart from it after the final blessing (General Instruction for the Roman Missal, no. 274; Ceremonies of the Modern Roman Rite, no. 199). The priest also genuflects at the altar after the elevation of the consecrated host, after the elevation of the chalice, and before receiving Holy Communion (GIRM, no. 274). The priest’s genuflection at these points in the Mass helps us recall the incredible gift of Jesus present in the Most Holy Eucharist. Since during Mass, the focus is on the altar, you will notice that at other times during the Mass, the ministers bow as they cross the sanctuary.

What is a genuflection, and why do we genuflect?  The simple answer is that when we genuflect, we touch our right knee to the floor to honor Jesus, who is really present in the tabernacle!

The Catechism of the Catholic Church defines genuflection as “a reverence made by bending the knee, especially to express adoration of the Blessed Sacrament” (CCC, Glossary). By genuflecting or bowing deeply in a spirit of prayer and as a sign of adoration of the Lord, “we express our faith in the real presence of Christ under the species of bread and wine” (CCC, no. 1378). To honor the true presence of Jesus Christ, all who pass before the Most Blessed Sacrament outside of Mass, as well as when entering or leaving the church, should genuflect. If genuflecting is physically difficult, a bow is a reverent substitute.

One of my favorite memories as a priest was teaching religion class to young children. Often we met in the church itself rather than the classroom. I wanted to show them the sacred art in the church, as well as the sacred vessels and books used at Mass. The first time we entered the church, I taught them to genuflect. Of course, we had to start with learning which was our right knee and which was our left knee! Next, we practiced folding our hands and putting our right knee down to the floor. Week after week, I noticed how the children were improving their form as well as their reverence. At the end of the year, when we were reviewing what we had learned, I asked the children: “Why do we genuflect when we come in the church?” One of them smiled and eagerly responded, “To say hi to Jesus and to honor him.” I couldn’t have said it better!

The next time you enter a church, allow your eyes to be drawn to the sanctuary, altar, and tabernacle in the front of the church. In Catholic churches, a candle is kept burning next to the Tabernacle to indicate and honor the presence of Christ. Seeing the candle, called a sanctuary lamp, we can recognize that Jesus is truly present in the Holy Eucharist and give Him the great honor that He deserves. When we genuflect, we make an act of humility that acknowledges the greatness of God and confesses that Jesus Christ present in the Eucharist is God with us. Jesus Christ, who loves us perfectly, who died for our sins and rose in triumph—Jesus Christ is there before us! While it is true that when we genuflect we honor Christ and profess our belief that he is present there, it is also a great honor for us, for in doing so we remember that we are part of God’s beloved family. Pause and think about that for a moment.

1. Reflect on Christ’s humility as described in Philippians 2:6-11, which gives context to the claim that “at the name of Jesus every knee should bend” (Phil. 2:10). Consider how God is calling you to express humility in your own life.

2. What do you want to say to the Lord the next time you genuflect to greet him?